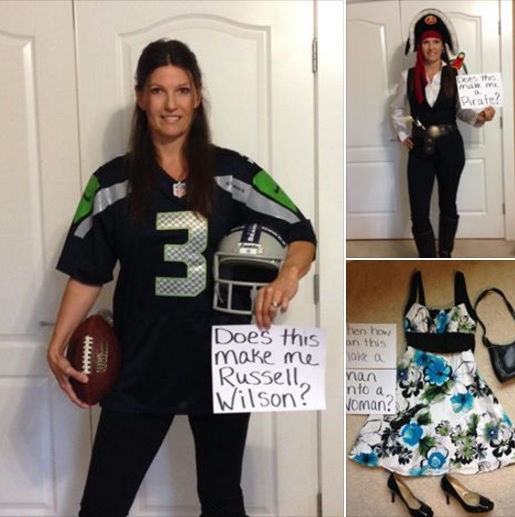 Your friendly neighborhood gaystapo at work. They hate anyone that says its wrong for a man to enter a womans restroom (or vice versa). The haters are the queers and their stupid “knee-jerk” supporters. <ADMIN>

Facebook has attempted to censor a Washington woman who posted viral meme-like photos opposing the push to allow men who self identify as female into women’s bathrooms after some angry viewers falsely flagged her post for “nudity.”