What Really Happened to Sodom and Gomorrah?

According to the Old Testament, the cities of Sodom and Gomorrah were consumed with fire and brimstone because the people living in them were so wicked, that God decided to destroy them. Sodom and Gomorrah were completely given up to vice and perversion. The men all practiced homosexuality. In most cities, travellers were welcomed and treated with dignity, but in Sodom and Gomorrah, when a stranger arrived in the city, they would only allow them to remain if the stranger submitted to their perverted desires. 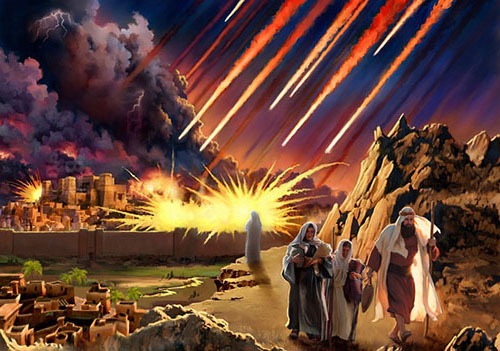 The Bible tells how Lot, the nephew of Abraham, escaped from the city and took his daughters with him, fleeing to a little village called Zoar. But the Bible was written a long time after the events and we have to allow for some embroidering of the story over the centuries of oral transmission. Luckily another, much older, authentic version has come to light and while it is less dramatic, it does teach us a lot.

It is true that Lot did live for a while in Sodom because he needed to find husbands for his two daughters. He even arranged their betrothal to two men in the town. Then the angels arrived there and were threatened with a vile assault  – forcible buggery  – by the Sodomites. Lot was shocked and disgusted beyond measure. He was glad to get a message from God to depart. The angels told him to go to the mountains, but he could only get as far as a tiny village named Zoar.

Zoar was actually a settlement of people who had fled from Sodom and Gomorrah. Its inhabitants were harmless, peaceful heterosexuals, people who regarded homosexuality as distasteful, and man-woman love as natural and beautiful. At first they just lived in tents in the lower slopes of the mountains, and survived by catching birds and eating wild figs. Compared to the life in Sodom and Gomorrah, which were grand cities with high walls and brick-built houses, theirs was a primitive existence. But they told stories and sang songs about heroes and heroines, who all ended up marrying each other, man to woman and woman to man. As the years went by, their settlement got a bit more advanced.  They turned the mountain spring, where they got water, into a proper fountain which became the centre of their little village. Here the women gathered to fill buckets of water, and to talk sociably. The men tended flocks of sheep and goats and built compounds for them. Eventually they started to build houses, using wood and rough stones, and they needed houses because they had a lot of children.

Meanwhile the cities of Sodom and Gomorrah flourished for a while. They had got rich by stealing from all the travellers who passed that way and using them a slaves to build their high walls and towers. But gradually people learned to avoid them and travel by another route. The people of Sodom and Gomorrah had very few children and they were also racked by disease. They had to spend a lot of money on doctors and cures for their ailments. Sometimes the doctors could not cure them and then they hanged the luckless physician and threw him into a mass grave along with the victims of the latest epidemic. There were very few old people in Sodom. The women hated the men and the men hated the women, who all lived together in pairs and avoided them as far as possible. This was odd, since the men and women looked very similar and foreigners could not easily tell them apart.

A hundred years passed from the time of Lot and the population of Sodom and Gomorrah was only half what it had been. The population of Zoar was now several thousand. Zoar was full of children and the old people had to help looking after them so that the parents could go and work in the fields. They made terraces on the mountain slopes so that they could improve their agriculture, and planted corn, vines and olive trees.

The people of Sodom and Gomorrah tried to buy the children from Zoar. They said “We have a nice city with big houses and comfortable beds. We can give your children fine clothes, fine food and lots of toys,”  but the parents refused angrily. They regarded it as shameful to sell their own offspring for money. “Children are a blessing, a gift from God,” they said, “Children are not a commodity to be bought and sold.” This made the inhabitants of Sodom and Gomorrah angry. Children from Zoar started to disappear. Bands of thieves from Sodom and Gomorrah came to try to snatch them as they were playing in the fields. Little boys were especially popular, and little girls vanished too. Mothers wept when babies vanished from their cots at night.

The people of Zoar held a meeting. “We must defend ourselves,” they said. They agreed that they would have to build a high wall around Zoar, as high as the walls around Sodom and Gomorrah. It took them several years to do this. Men and women, old and young, all labored together. They built the wall with stone hewn out of the mountainside. But they thought it was worth it. When the walls were finished, they added strong, iron-reinforced doors and watchtowers and appointed guards to keep watch at night.

With every decade that passed, the population of Sodom and Gomorrah dwindled and the population of Zoar grew. After another century the people of Zoar had to expand and build another larger, wall, around the periphery of their city. They built a temple inside the city and held weddings there with great rejoicing. They also had to build a school as they had so many children. They held markets and started to benefit from doing business. They generally welcomed travellers to their city, asking only that anyone who wanted to stay there would enter the temple reverently, make an offering of incense and pray for the people. Only the inhabitants of Sodom and Gomorrah, their traditional enemies, were not allowed in. Zoar had strict laws against Sodomite behaviour. If any young person questioned these laws, the Zoarites told them. “OK if that’s what you want, go and live in those cities then. Choose that behaviour if you want to. We will have our way of life and you will have yours. We just cannot allow you to come back here after you have made your choice.” 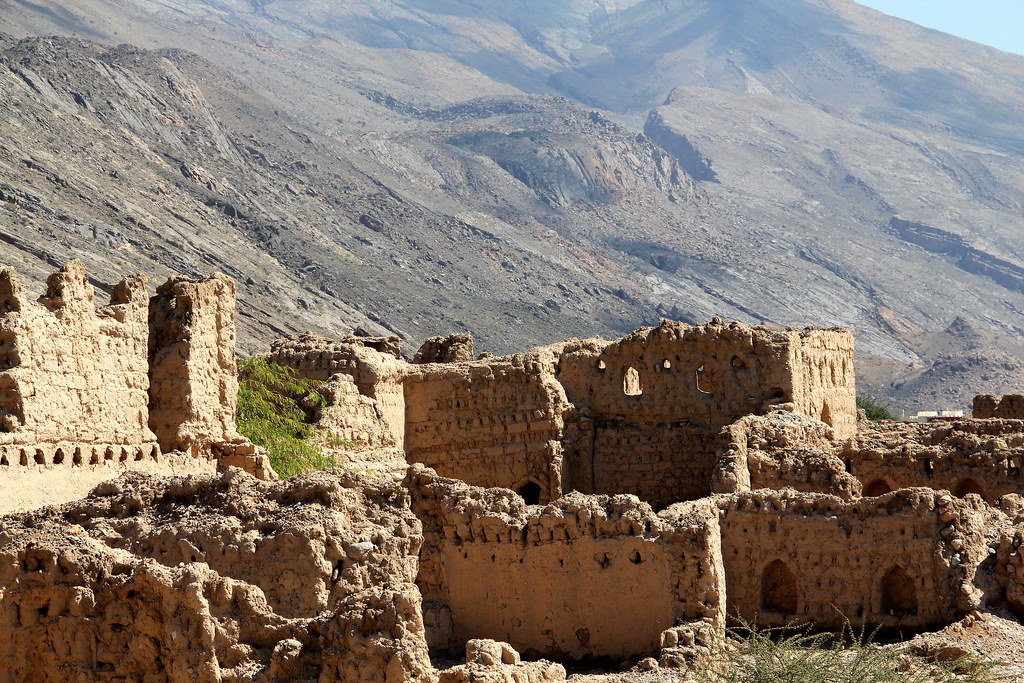 After three hundred years, the descendants of Lot passed through the plain and saw that Sodom and Gomorrah were like ghost cities. Silent, empty and abandoned, they had fallen to ruin. Zoar was a great, thriving city, larger than either Sodom or Gomorrah had been in their hey-day. Some of them asked the Zoarites what had happened. They told them, with a smile, that God must have rained down sulphur and brimstone on the old cities  –  or maybe it was just that Nature had taken its course.

VGB says “People who despise and defy Nature do so at their peril.”

19 The two angels arrived at Sodom in the evening, and Lot was sitting in the gateway of the city. When he saw them, he got up to meet them and bowed down with his face to the ground. 2 “My lords,” he said, “please turn aside to your servant’s house. You can wash your feet and spend the night and then go on your way early in the morning.”“No,” they answered, “we will spend the night in the square.”

3 But he insisted so strongly that they did go with him and entered his house. He prepared a meal for them, baking bread without yeast, and they ate. 4 Before they had gone to bed, all the men from every part of the city of Sodom—both young and old—surrounded the house. 5 They called to Lot, “Where are the men who came to you tonight? Bring them out to us so that we can enjoy them carnally.”

6 Lot went outside to meet them and shut the door behind him 7 and said, “No, my friends. Don’t do this wicked thing. 8 Look, I have two daughters who have never slept with a man. Let me bring them out to you, and you can do what you like with them. But don’t do anything to these men, for they have come under the protection of my roof.”

9 “Get out of our way,” they replied. “This fellow came here as a foreigner, and now he wants to play the judge! We’ll treat you worse than them.” They shouted aggressively at Lot and moved forward to break down the door.

10 But the men inside reached out and pulled Lot back into the house and shut the door. 11 Then they struck the men who were at the door of the house, young and old, with blindness so that they could not find the door.

12 The two men said to Lot, “Do you have anyone else here—sons-in-law, sons or daughters, or anyone else in the city who belongs to you? Get them out of here, 13 because we are going to destroy this place. The outcry to the Lord against its people is so great that he has sent us to destroy it.”

14 So Lot went out and spoke to his sons-in-law, who were pledged to marry[a] his daughters. He said, “Hurry and get out of this place, because the Lord is about to destroy the city!” But his sons-in-law thought he was joking.

15 With the coming of dawn, the angels urged Lot, saying, “Hurry! Take your wife and your two daughters who are here, or you will be swept away when the city is punished.”

16 When he hesitated, the men grasped his hand and the hands of his wife and of his two daughters and led them safely out of the city, for the Lord was merciful to them. 17 As soon as they had brought them out, one of them said, “Flee for your lives! Don’t look back, and don’t stop anywhere in the plain! Flee to the mountains or you will be swept away!”

18 But Lot said to them, “No, my lords,[b] please! 19 Your[c] servant has found favor in your[d] eyes,and you[e] have shown great kindness to me in sparing my life. But I can’t flee to the mountains; this disaster will overtake me, and I’ll die. 20 Look, here is a town near enough to run to, and it is small. Let me flee to it—it is very small, isn’t it? Then my life will be spared.”

21 He said to him, “Very well, I will grant this request too; I will not overthrow the town you speak of.22 But flee there quickly, because I cannot do anything until you reach it.” (That is why the town was called Zoar, meaning small in Hebrew)

23 By the time Lot reached Zoar, the sun had risen over the land.

24 Then the Lord rained down burning sulphur on Sodom and Gomorrah—from the Lord out of the heavens. 25 Thus he overthrew those cities and the entire plain, destroying all those living in the cities—and also the vegetation in the land. 26 But Lot’s wife looked back, and she became a pillar of salt.

27 Early the next morning Abraham got up and returned to the place where he had stood before theLord. 28 He looked down toward Sodom and Gomorrah, toward all the land of the plain, and he saw dense smoke rising from the land, like smoke from a furnace.

29 So when God destroyed the cities of the plain, he remembered Abraham, and he brought Lot out of the catastrophe that overthrew the cities where Lot had lived.

Posted on January 7, 2014 by clairethinker