MercatorNet: 7 reasons why Australia needs a plebiscite on same-sex marriage 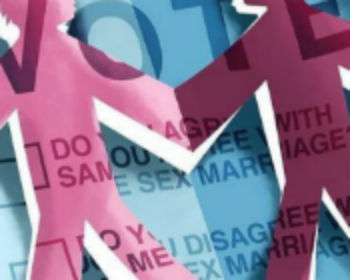 With an unsteady economy, a huge national debt, slowing commodity prices, terrorism, border protection and a fractious Parliament vexing Australia, a bagatelle like redefining marriage is a distraction from the real business of government. Or so supporters of gay marriage argue.

Most of the Opposition and most of the media are demanding a conscience vote in Federal Parliament to amend the law defining marriage to allow two men or two women to marry.

However, the governing Liberal-National Party coalition was only recently re-elected with a commitment to holding a plebiscite on the issue. This would be a non-binding consultation with the electorate — and its outcome is far from certain. Opinion polls suggest that voters are in favour of same-sex marriage, but their commitment to such a radical change is weak and a well-run campaign might sink it.

The politics of a plebiscite became even more complicated this week after the leader of the Greens Party, Richard di Natale, declared that he would not support it in the Senate. So unless the Labor Party backs it, the Government will not be able to pass a bill authorising a plebiscite. This stalemate will outrage everyone: supporters, because there will be no same-sex marriage until at least the next election, and opponents, because it breaks the government’s election promise. […]