Illinois Court gives Homosexuals Right to Harass You, Without Self-Defence

See, it really doesn’t matter what happens….queers and their allies will always…I mean ALWAYS do something freakin’ stupid and ignorant (as if these are two different words…they are not…not when referring the “gaystapo”) so they use some kind of “hate crime” defense that is most likely going to be a lie to start with. <ADMIN> 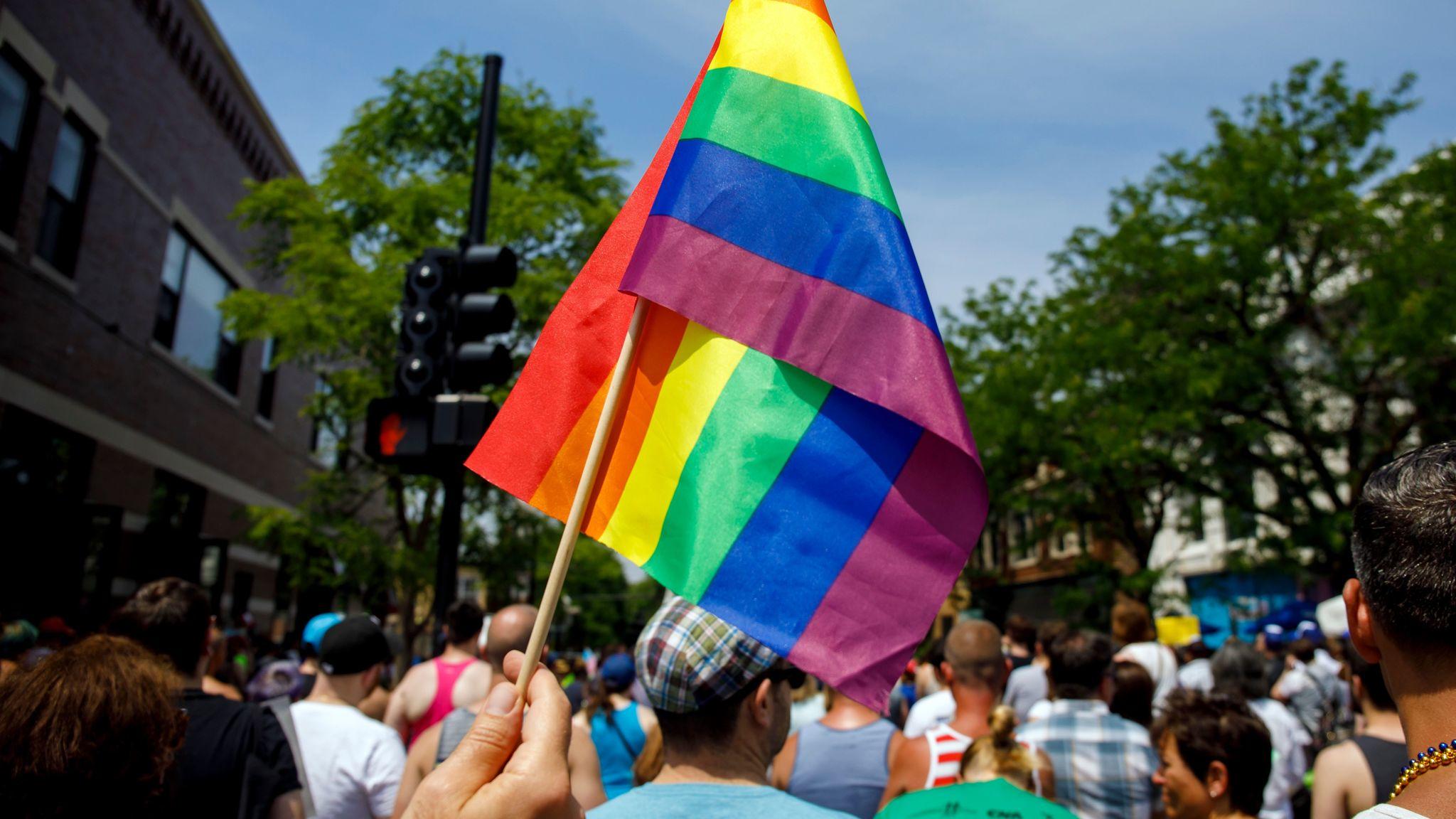 When 21-year-old Matthew Shepard was punched, pistol-whipped, tied to a fence and left to die in 1998, his killers’ attorneys said the attackers were triggered by Shepard making sexual advances toward them.

When a 14-year-old California boy gunned down his gay classmate in 2008, his attorneys argued that it was because the victim provoked him by flirting with him.

And after a 21-year-old transgender woman in Harlem was beaten to death in 2013, one of her attackers said he hurt her out of “blind fury” after he flirted with her and then realized she was transgender.

For decades, LGBTQ people have been brutally attacked or killed and then blamed for their own deaths in cases where attorneys attempt, sometimes successfully, to use a “gay panic” or “trans panic” defense.

Starting Monday, attorneys in Illinois will be barred from using the approach after a state law passed — without a single “no” vote in either the state House or Senate — making it the second state in the country to ban the defense in the courtroom.

Anthony Michael Kreis, who drafted the Illinois legislation, said the passage of the “gay panic” defense law has boosted efforts in other states to enact similar bans.

Kreis has heard from advocates in Massachusetts, Rhode Island and New Jersey, among others, asking for help pushing their own bills. Similar legislation has been discussed by lawmakers in New Jersey and Pennsylvania. Other states where the defense has been allowed include, Maryland, Texas and Washington.

Kreis said because the LGBTQ community is at higher risk for violence, the law comes at an important time.

This year marked the deadliest year on record for the transgender community, with at least 28 people shot and killed across the United States, according to the Human Rights Campaign.

“It sends an important message to the LGBTQ community that the state will protect them equally and the courts will not be allowed to entertain these types of defenses, which victimize victims again,” Kreis said of the new Illinois law.

There isn’t an exact definition, but a gay or trans panic defense is essentially when someone doesn’t realize they’re interacting with an LGBTQ person and becomes so overcome with rage when they realize it that they physically attack the person in the heat of the moment.

It’s estimated that gay and trans panic defenses have been used in at least 23 states since the 1960s, according to the Williams Institute, a think tank at the UCLA School of Law.

Gay and trans panic defenses have allowed people accused of killing LGBTQ people to receive lesser sentences, and in some cases, avoid any punishment, according to the institute.

California was the first state to ban the defense, in 2014, and the American Bar Assn. pushed for a ban in 2013.

In Washington state, a bill banning gay and trans panic defenses is expected to be introduced in the coming weeks for the next legislative session.

“It’s a defense that allows people to perpetuate hate crimes,” said Monisha Harrell, Equal Rights Washington chairperson. “It is saying you’re surprised that somebody might be different than you, whatever that difference is, and that that would allow you to initiate violence, and in some cases, lethal violence. That should never be a defense.”

Cynthia Lee, a criminal law professor at George Washington University, said although she understands the underlying sentiment supporting the passage of these types of bans, there could be unintended consequences.

In her research on gay and trans panic defenses, Lee has found that in most cases, the usage of the defense is “reprehensible,” largely playing off stereotypes about gay men or transgender women.

However, a legislative ban might not be the best solution, she said.

Social science research has shown that juries can be affected by attorneys calling out racial stereotypes and bigotry. There is less research on what happens when LGBTQ stereotypes are used, but it brings up an interesting argument, she said.

For example, if a defense attorney makes an argument largely based on racial stereotypes, and a prosecutor calls that out, research has found that a jury will often respond by treating a black defendant the same as they would a white defendant, she said.

If attorneys were properly trained on how to respond to a gay or trans panic defense when it was brought up, it could potentially help a jury see the problems in making that argument.

Advocates say that the sentiment behind panic defenses is a problem, even outside the courtroom.

Lou Weaver, transgender programs coordinator with Equality Texas, said one example was the reaction of law enforcement to the recent killing of Brandi Seals, a 26-year-old transgender woman, in Houston.

After Seals was killed, Detective Fil Waters of the Houston Police Department, told a local TV station: “The fact that we have a man in women’s clothing, the speculation is he’s been working the street, that someone picks up and then realizes he’s not what he’s representing himself to be and take this kind of ultimate action.”

Weaver said the detective assumed Seals was a sex worker because she was transgender and didn’t have information to actually prove that was her profession.

Regardless, his comments had a “trans panic” argument within them, and are an example of how transgender women continue to be misunderstood and stereotyped, Weaver said.

“Unfortunately, I think it will still be seen as a valid reason for hurting somebody,” he said. “Defense attorneys are ruthless, and they have one job — to prove their client is not guilty, and they will do whatever it takes.”

28 Responses to Illinois Court gives Homosexuals Right to Harass You, Without Self-Defence