At a conference held in London, with funding from tax-payers and the Clifford Chance business, militant homosexuals publicly proclaimed that what they are really after is WORLD DOMINATION. Not “inclusion”, “tolerance”, “freedom from bullying” or even “gay rights” but outright “WORLD DOMINATION”. 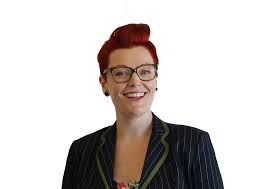 The sinister and power-mad Ellie Barnes who presumes to “educate” (indoctrinate) other people and proclaims that she wants to “smash hetero-normativity” world-wide.

“What the conference provided for the 200 students who attended was the chance to learn from those who have become before them, engage in panel sessions and participate in networking activities to facilitate their future plans for World domination.”

Militant lesbian, Elly Barnes [A1], is a teacher who is grooming children of all ages, on an industrial scale, She is free to say on BBC news channel , “We’re trying to smash heteronormativity …. in the schools and ….the  community ……..” and again she said , “In our schools. And what we need to do quite clearly is to smash heteronormativity…”  [A2]

So, in response, isn’t it about time we stated our aim which is for  heterosexuals to  regain world domination and to smash the crazy harmful LGBT movement ?

It’s time to stop being who someone else thinks you should be.

“No” to self- censorship.

It’s time to be the person you are in private , out in public.

The World needs us.

For we are the game-changers, the boundary pushers. We challenge. Subvert! Pave the way.

Because if we don’t have game- changers, how will the human race survive ?

[This is a Guest Post from Mass Resistance UK]