This is what we mean when we say  that this queer shit is being shoved down the throats of our young people. Toxic isn’t even close to describing the danger this is doing not only to our youth, but to adults as well. <Editor>

I always thought embracing the vice of “pride” as a motto was risky. It’s one of the seven deadly sins, after all. Does anyone say to themselves when they have a baby, gee I hope he/she grows up to be prideful and vain! St. Augustine wrote, “It was pride that turned angels into devils; it is humility that makes men as angels.” Embracing “pride” as your motto seems like you’re tempting fate, doesn’t it? Will the fat-acceptance crowd choose “Gluttony!” for their appreciation month? Maybe those of us with anger issues should grab the month of October for “Wrath Month!” It’s sure easier than restraining your darker inclinations. I explode with anger and rage! Celebrate me!

And yet there is an entire month now dedicated to pride and we’re all supposed to get on board… or else. PJM’s Paula Bolyard wrote a devastating synopsis of what has occurred and what’s to come for Christians in this current climate: They’re Here, They’re Queer, and Now They’re Coming for Christians — and for Our Jobs. Brace yourself, for there is no good news. You can’t even enjoy a freaking chicken sandwich anymore without betraying your doubleplusungood alliances, you bigot!

And now Target is going to harass you and your kids with rainbow pride displays from here to eternity. (Cue sad kazoo.)

@Target going after little kids about sexual orientation is pretty low. #takepride You are adding to their confusion. #boycotttarget LEAVEKIDSALONE

But this won’t be enough for the Gaystappo. It’s never enough! Don’t you know that? The Hallmark card industry still hasn’t been brought to heel so… inequality! Rampant homophobia! Cats and dogs living together! #Resist! 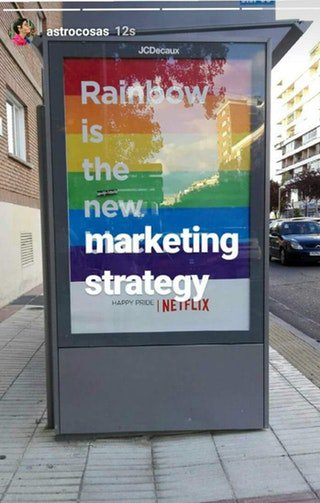 saw a vibrant #TakePride display at my local @Target – awesome!
know what i didn’t find? a wedding card for two brides… #rainbowcapitalism #HappyPrideMonth

Maybe this person (pronouns unknown) has a point. This does seem like a giant made-up reason to sell stuff, doesn’t it? How much does Target really care about LGBTQWTF issues versus the good old cha-ching? 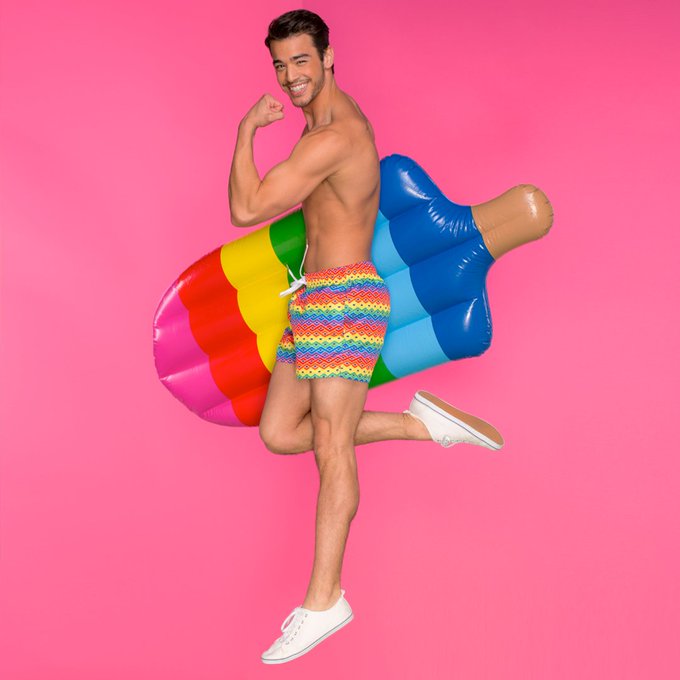 #TakePride with us this weekend at LA pride and wear your #Evolveby2XIST Pride Short! Get it now @Target!

Is this a required activity when you work at Target now? And what happens if you respectfully decline to celebrate pridefulness because your religion says it’s deadly? 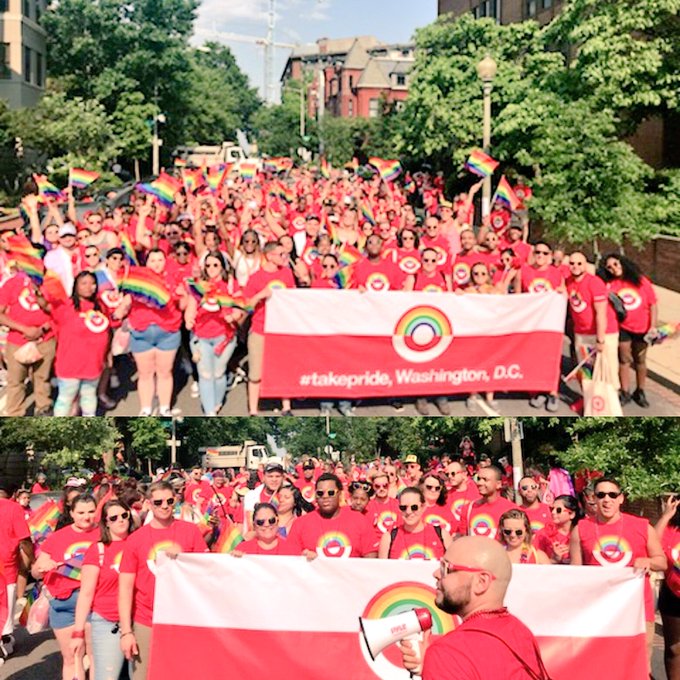 #G499Strong from the South of Virginia to the North of Maryland and everywhere in between we #TakePride THANK YOU TO THIS INSPIRING & AMAZING TEAM! @Target

And speaking of getting offended, this is an actual ad put out by Target, the same people who claim to love gay people. Are they insane? Why are LGBTQWTFs not offended at this horrific stereotype of a gay man? I know a lot of gay men. Absolutely none of them look or act like this. Zero. In fact, I was speaking to one of my friends (who has to remain anonymous or lose his job, friends and life) in “the community” about this issue and he said, “Don’t even lump me in that group. Can I go from being bisexual to being a whatever just so I don’t get lumped in?” It’s interesting that the libertarian and conservative gays in the community have been forced into a political closet from which they aren’t allowed to “come out” lest they face outright persecution. But Love Wins! (and sometimes it wins hundreds of thousands of dollars when bankrupting Christian mom and pop shops that won’t bake cakes!). Love is really what this is all about. 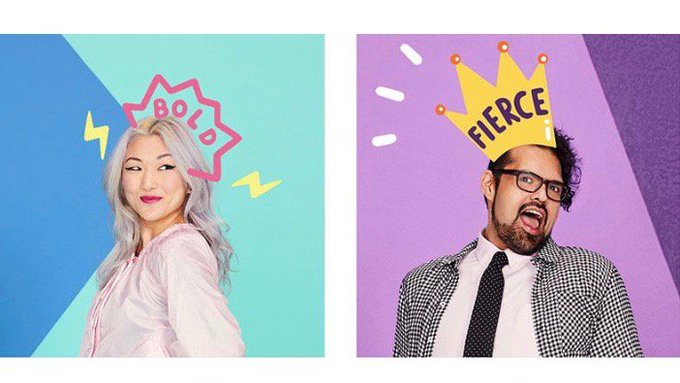 Show us how YOU #TakePride! Upload a photo that shows us what makes you, well, YOU, for a chance to win some @Target #Pride swag. http://www.queerty.com/promos/takepride-2018/ …

Yep, it’s all about love, until we tell you about the next person you’re supposed to hate with so much intensity they get fired and banned from all society. 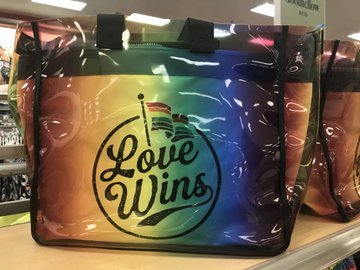 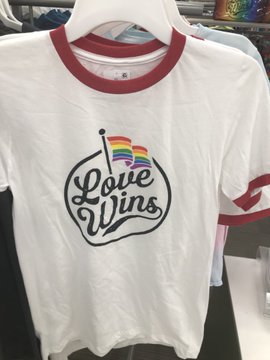 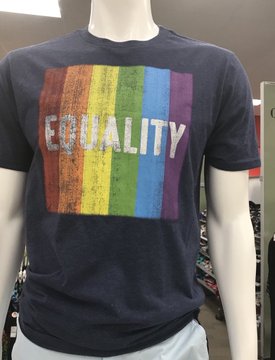 I bought these at @Target for #PrideMonth⁠ My Target had a great selection! #takepride