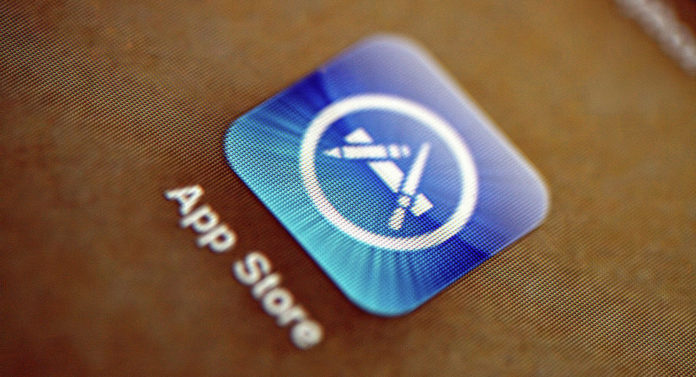 One terrifying implication of the attack on the free speech of Christians and the idea of “hate speech,” is that on the top of the list of language that is deemed hateful and worthy of censorship is often ripped right out of the pages of the Bible.

In short, as private companies and public organizations continually suppress the biblical view of homosexuality, we can visualize a full-on ban of the Bible in the not-too-distant future.

A recent app removal on the part of tech giant Apple is a great example after a gay-rights organization lobbied for them to remove a Christian app that addresses homosexuality as a sin.

I don’t know about you, but every Bible app on my phone also addresses homosexuality as a sin. Will they be pulled next?

Most poignant is that the app in question, that of Living Hope Ministries, is designed to reach people who identify with or experience homosexuality or otherwise unbiblical sexual desires with the love, redemption, and saving Grace of the Lord Jesus Christ.

Far from a hate group, the nonprofit Living Hope Ministries serves “those who are seeking sexual and relational wholeness through a more intimate relationship with Jesus Christ.”

Apple has removed from its online store a religious app accused of falsely portraying being gay as an “addiction,” “sickness,” and “sin” after a national gay-rights organization petitioned to have it pulled.

Truth Wins Out, which says it fights “anti-gay religious extremism,” launched a petition Thursday urging Apple to remove the app…

Truth Wins Out alleged in its petition that the app sought for LGBT youth “to change from gay-to-straight through prayer and therapy.”

The petition had 356 supporters. Truth Wins Out said it will seek to have the Living Hope Ministries app removed from other platforms that still host it.

I’m sorry, last I checked this was a free country, and if any individual seeks prayer and faith-based support to pursue a lifestyle that is more consistent with biblical morality, who are these sexual legalists to try to prevent them from doing so?

Living Hope Ministries forces no one to do anything but merely offers encouragement, edification, and an endless supply of love to anyone seeking a healthier sexual lifestyle.

Let that outrageous double-standard sink in.