A teenager who said he was thrown out of class for insisting there are only two genders has reportedly been suspended from school.

The unidentified schoolboy secretly filmed the moment he was reprimanded by a teacher at a school in Aberdeenshire, who said the view was “not in line with school policy. ”

The Mail on Sunday reported that the boy has been suspended from school for three weeks following the clash.

A friend of the boy told the paper he filmed the teacher “because he wanted to show what was going on in schools today for simply stating there are only two genders”.

He said: “He has nothing against anyone who identifies as LGBTQ, but completely disagrees that there are more than two genders and that it’s a social construct.

“He believes telling kids that boys are girls and girls are boys is a very dangerous thing and wanted to get his views across to the teacher.

“His view is that scientifically there are only two genders. This new gender theory that there are unlimited genders is something that should be discussed and debated.”

In the video the teacher explains to the boy that saying “there’s no such thing other than male or female” is “not inclusive”.

He also says to the teenager: “You’re entitled to your opinion”, to which the boy responds: “If I am, then why did you kick me out of class? It’s not very inclusive.” 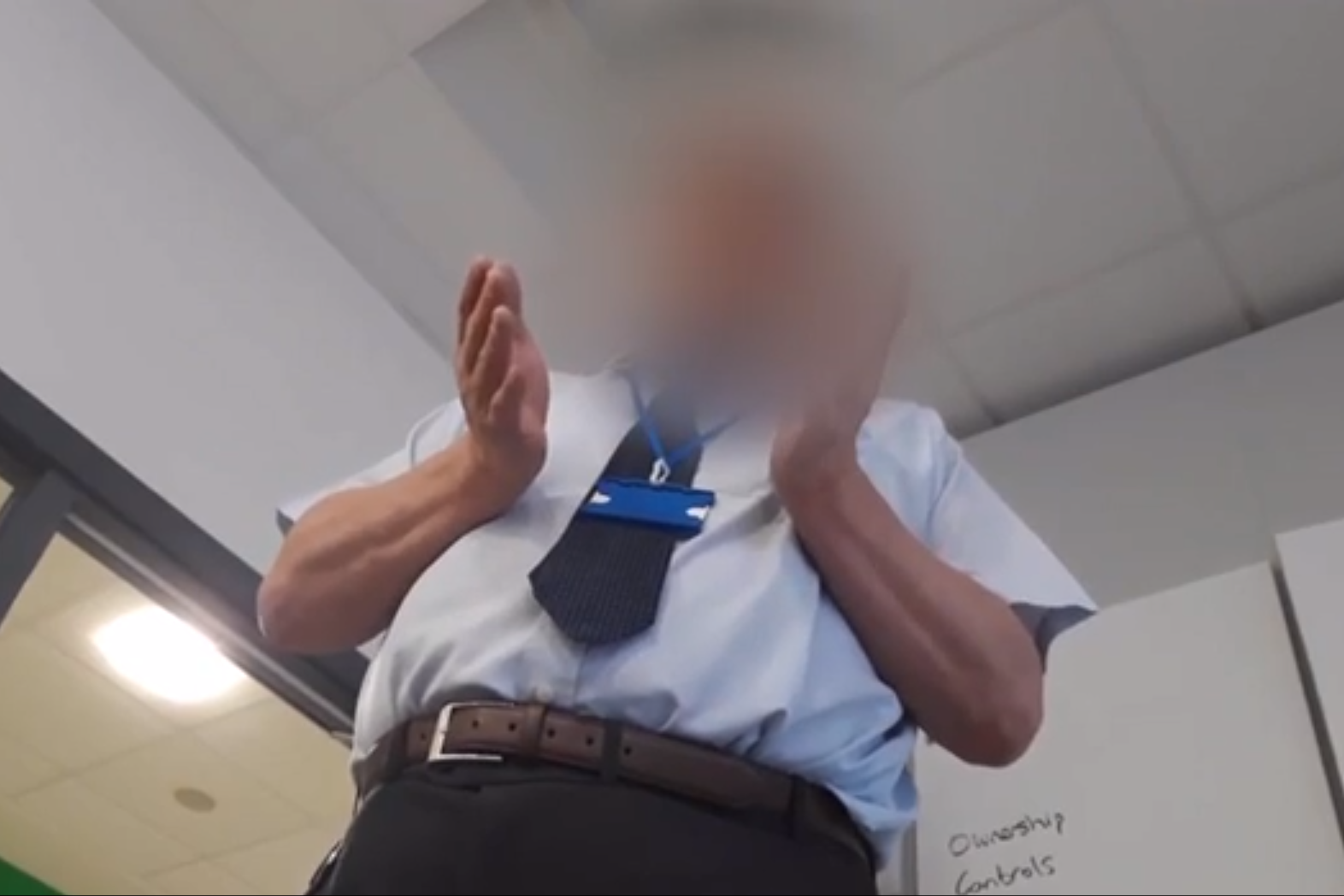 03:01
Teenager thrown out of class for saying ‘there are only two genders’

The teacher replies: “No, I’m sorry, what you were saying is not very inclusive. This is an inclusive school.”

Arguing his point the student later says: “I think it’s silly to have other than two genders,” and adds that it’s “unscientific”.

He continues: “I’m simply saying there are two genders, male or female. Anything else is a personal identification.”

The teacher later asks: “Could you please keep that opinion to your own house? Not in this school.”

The clip ends with the two saying that the other has wasted their time.

Aberdeenshire Council said in a statement: “As part of our Public Sector Equality Duty we aim to: eliminate discrimination, harassment and victimisation; ” which is complete nonsense because what they are doing is harassing and victimizing people who tell the truth.

So the school is excluding people in order to be “inclusive”?