So Gareth Thomas has HIV, but he’s no Hero

Posted on September 18, 2019 by EditorialTeam 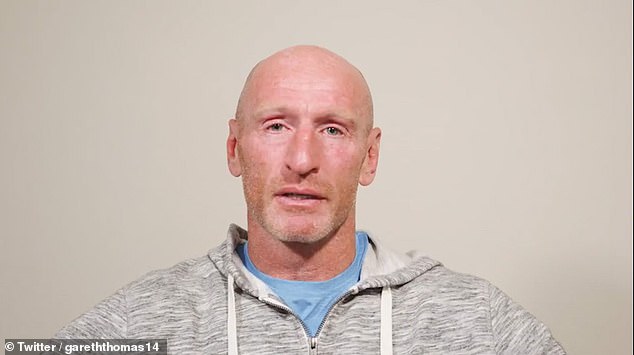 Ten years ago the Welsh rugby player Gareth Thomas left his wife, telling her he was homosexual. Now surprise, surprise, he has HIV. The media are doing everything they can to spin this and somehow make it consistent with the LGBT ideology “AIDS is not a gay disease”.

The newspapers and TV are putting all the spin they can on the bare ugly facts to avoid facing up to the truth. They are trying to make out that he is a “hero” for being so “brave” and they are also claiming that he has been a victim of homophobic attacks and abuse. Who are they kidding? Gareth Thomas may be looking old and haggard for 45, but he is still more than capable of fighting off any supposed “homophobic attack”. In 2005 he himself was convicted of assault in France.

Then we are told the news made him “suicidal”. We are NOT told how his wife felt when he dumped her and admitted he preferred other men. No sympathy for her of course! He admits he cheated on her many times. And no sympathy for the tax-payer who ends up paying the bills for this mess.

One paper even suggested that he had been threatened or “blackmailed”. If so, why didn’t he go to the police or to lawyers? We have heard this all before. It’s part of the standard formula for making the public feel sorry for anyone in Gareth Thomas’s situation, and shifting the blame onto heterosexual people for being evil “homophobes”.

YGB says: Don’t make this man out to be a hero. Doing so will only encourage more young men to go down this pernicious path.