Posted on November 20, 2019 by EditorialTeam

The news media who reported this seemed to think there was something cute about it. No – it’s just gross. 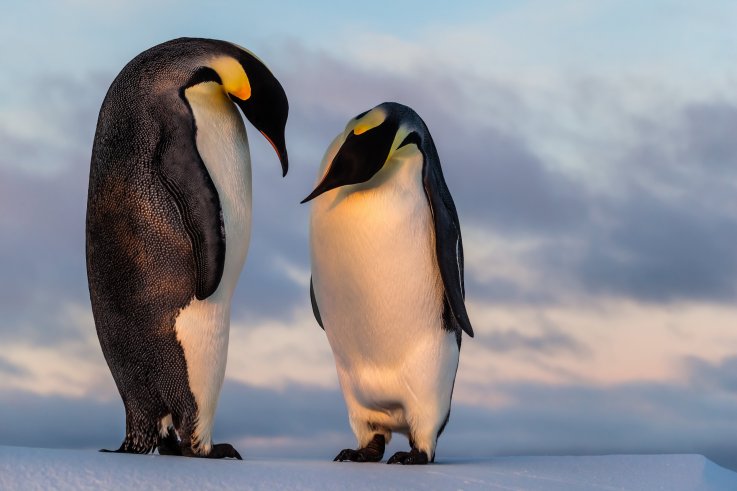 Two male penguins in a Dutch zoo formed a couple and STOLE an egg from its natural parents.  The mating male-female couple who had produced it had not yet hatched it.

The male penguins ABDUCTED this egg and the parents had to make another one. The “gay” birds are thieving brutes, and child-snatchers. Just like queer humans, they think they are entitled to take from others, even to take children.

Selfish? Anti-social? Mean?  Yep all of those.

A gay penguin couple have stolen an egg in an apparent attempt to become dads.

A pair of “gay” male African Penguins were discovered nesting an egg alongside heterosexual couples at the DierenPark Zoo Amersfoort in the Netherlands, Out.com reported on Thursday.

“The gay couple are looking after the egg very well and take turns in keeping it warm,” zookeeper Marc Belt told DutchNews.nl. “Homosexuality is fairly common in penguins, but what makes this couple remarkable is that they have gotten hold of an egg.”

The zoo says the gay couple stole the egg from a heterosexual couple during an “unguarded moment.” The heterosexual penguins went on to produce another egg.

Breeding season is currently in full swing and the zoo has already welcomed the season’s first penguin chick. They hope the gay couple’s egg will also hatch but are not yet certain the egg has been properly fertilized.

Same sex coupling appears to be fairly common among penguins, and in the animal kingdom in general. There have been several instances of same sex pairs adopting eggs at zoos, but they are typically provided by zookeepers rather than stolen by the penguins.

In August, two male King Penguins at the Berlin Zoo reportedly adopted an egg after attempting to nest with several different objects including “a wet rock and a slimy fish.” After those items predictably failed to hatch, zookeepers provided the pair with a donor egg from a 22-year-old female penguin.

YGB says that is criminal. Why should the female have HER baby abducted just to suit queers, and why should the baby have to be brought up without a mother?

“It is very common that two penguins of the same sex come together. I don’t think it is the majority of penguins, but it is not rare either,” zoo spokesperson Maximilian Jäger told The New York Times. “We are sure they would be good parents because they were so nice to their stone.”

At a zoo in New Zealand, a lesbian penguin couple called Thelma and Louise were given an egg after previously fostering a chick that the bird’s birth mother had strugged to take care of.

“They absolutely love having a chick to take care of,” said zookeeper Ebony Dwipayana. “Obviously they’re not able to have their own, so the fact that they can still raise a healthy chick is amazing for them, and is such a beautiful experience to share.”

FOR THEM?  What about the baby you selfish bastards? Among humans this is leading to the surrogacy industry with its shocking exploitation.