“World AIDS Day” vs. the Truth

Posted on December 9, 2019 by Editoralteam

One of the logos for World AIDS Day 2019. The well-crafted message is about everyone around the world loving each other – NOT about avoiding the behaviors that cause AIDS!

On December 1, the 21st annual “World AIDS Day” was observed around the globe – particularly in schools and on college campuses. Except for “Pride Month” in June, it is the LGBT movement’s biggest ideological push on society. It is also the most dishonest – in a deadly way.

For over a decade, MassResistance has fought back and tried to educate people about this. We recommend our 2017 book, The Health Hazards of Homosexuality, for an in-depth treatment of the subject no one else wants to touch.

[Caution: Some graphic descriptions below.]

HIV/AIDS is a horrible disease that brings a slow, excruciating death. About 1.2 million people in the US have HIV. Nearly 38 million people around the world are infected. Almost 2 million more people contract it annually, including about 40,000 in the US.

Shockingly, about 21 percent of all the new HIV/AIDS cases are in young people ages 13-24 (primarily males).

As many as 1/6 of people with HIV/AIDS are unaware that they have it, so they are likely spreading it to others. Of those who know they are infected, only two-thirds are taking anti-HIV medications to attempt to “control” the disease so it does not progress to AIDS.

The real cause of the spread of AIDS is something that society must not ignore!

For example, the Human Rights Campaign, the world’s largest LGBT organization, prominently promotes “A Student’s Guide to World AIDS Day.” It describes the “fight” against HIV/AIDS:

World AIDS Day is an opportunity for students in the United States and abroad to show their support for people living with and affected by HIV … it is particularly important for college and university students to make their voices heard and organize efforts to raise HIV awareness on their campuses.

It steers students into unproductive activities such as holding a candlelight vigil, displaying an AIDS quilt, setting up a kissing booth, and giving speeches about people living with AIDS.

It also sugests outrageously misguided (and potentially dangerous) activities such as:

Organize a health fair where students can learn how to have safer and more pleasurable sex … it might be a good idea to order condoms and lube and make them available to your attendees.

What people are NOT being told

People are not learning that “gay” and bisexual men account for over 70% of new HIV infections (while comprising only 2-3% of the population).

Here’s what your children are being told instead

Young people are getting terribly dangerous messages from their schools and other authorities, as well as government-sanctioned LGBT groups.

This is from the “Teen Talk” sex-ed curriculum used in California schools. Similar lessons are in schools across America. This “how to” flyer was given out at “Youth Pride” in Boston – an event for high school and middle school students. It’s from BAGLY, an LGBT organization targeting children as young as 12. 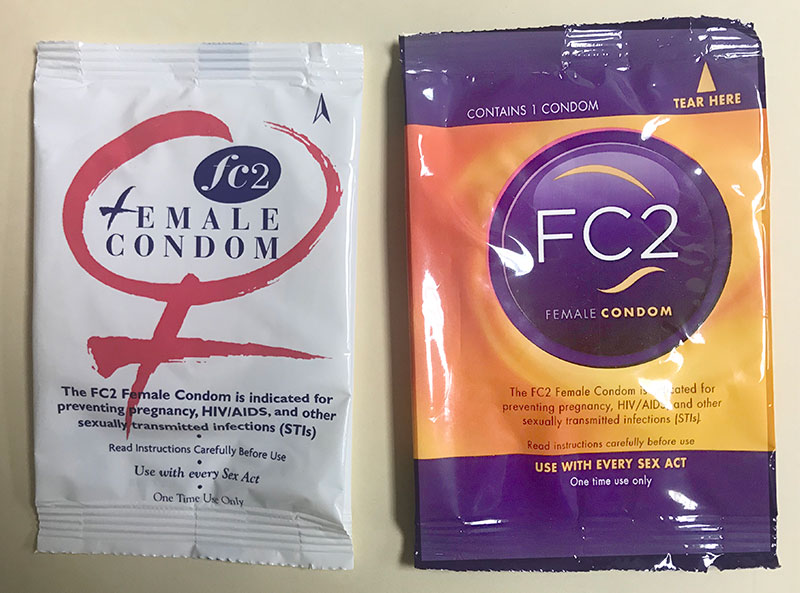 LGBT groups are also bombarding kids as young as middle school age to “get checked for HIV/AIDS” as frequently as possible – as if that were some kind of magic bullet. This is one of many flyers by LGBT groups offering free HIV/AIDS tests to high school and middle school students. Given out at “Youth Pride” event in Boston. This bizarre flyer from the Massachusetts Department of Public Health was passed out at Youth Pride in Boston. Note that it’s about “lowering” the HIV risk, not eliminating it. Note also that staying away from all sexual behavior is NOT one of the points. Plus, the pamphlet implies that one can have HIV and stay “healthy” – which is not true!

The U.S. Centers for Disease Control agency (CDC) is pushing the idea that “men who have sex with men” can avoid getting HIV/AIDS if they take a daily medication called PrEP. It is marketed as effectively preventing HIV nearly 100% of the time if taken as prescribed. “One Pill a Day Can Help Prevent HIV.” This card was passed out at Youth Pride in Boston – looking for young people to try the PrEP medication for “research” purposes.

There are also medications being marketed which aim to keep the HIV infection from progressing into full AIDS.

Much of this is, of course, experimental and dependent on no new strains of HIV.

Major drug companies are making a lot of money marketing these medicines to mitigate the disease in those who have it and prevent it in those who don’t. Given these new tools, the CDC’s hope was that the yearly number of new HIV infections would continue to decline. However, this has not happened. The CDC is now admitting that their efforts to reduce new infections has “plateaued” and that“there is a real risk of an HIV resurgence.”

They blame this partly on “complacency” about the disease (because of the new medicines) plus the uptick in injected drug use following on the opioid crisis. (So now, the HHS is now helping to fund needle exchange programs in cities around the country!)

But many find it hard to stay on HIV/AIDS medicines for a number of reasons, including the often horrible side effects. And even with these medications, their life expectancy will still likely be reduced. This is a magazine catering to HIV-positive men. It was handed out at the Youth Pride event in Boston.

Unfortunately, young people are being led to believe that the new drugs will either entirely prevent infection, or help them to lead a “healthy” life if they do become infected. This is a deadly lie.

Beyond being the main conduit for HIV/AIDS transmission, homosexual sex practices bring a wide range of other serious medical and psychological problems. Cancers, hepatitis, other sexually-transmitted diseases, tuberculosis, rectal trauma, depression, anxiety, and suicidality are all disproportionately seen in the LGBT population.

But World AIDS Day wants our conversation to focus instead on testing, condoms, “stigma,” and emotional stories about people with the disease.

Among pro-family groups, MR is virtually alone in confronting school boards and administrators and elected officials about the dangers of the LGBT lifestyle – and demanding that it should not be portrayed as “normal” in any classes or programs, and that the true medical facts be taught to our vulnerable children (and everyone else)!

For more information, we recommend our book, The Health Hazards of Homosexuality, that tells the truth about homosexual practices. Our 600-page, heavily-sourced work has been endorsed by prominent physicians and is a rare compendium on a subject that is widely censored.

This is the book that every school should have!
https://www.massresistance.org/docs/gen3/19d/World-AIDS-Day-vs-truth/index.html