Ed Buck had “at least 10 Victims” Court is Told

Posted on December 22, 2019 by EditorialTeam

Ed Buck, the Los Angeles political activist accused of preying on young black men and forcibly injecting them with fatal doses of drugs, had at least 10 victims, would drug them while they were unconscious and was known locally as “Doctor Kevorkian”, according to new court records.

The wealthy Democratic donor, 65, was arrested this week and charged with running a drug den more than two years after 26-year-old Gemmel Moore fatally overdosed in Buck’s West Hollywood home. On Thursday, federal prosecutors charged him with administering methamphetamine to a victim who died and released new details about how he targeted men struggling with homelessness and addiction.

Black activists in California have been advocating for years for Buck to be brought to justice and have accused police of ignoring their concerns and allowing the politically connected activist to continue hurting people.

Buck’s lawyer did not immediately respond to request for comment. 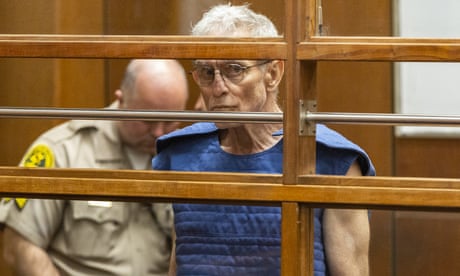 Buck, whose arrest came after a third man overdosed in his home this month, would offer to pay his victims for homosexual acts, force them to do drugs, inject them directly, give them tranquilizers without telling them and take photos of them, the complaint said. Some victims were sexually assaulted while unconscious, the filing suggested.

One victim said he had fallen asleep on Buck’s couch and had been drugged while he was asleep, forcing him to go to the hospital the next day, where staff confirmed he had ingested a “tar-like substance”.

“Buck told Victim 5 that it was not gratifying for him if Victim 5 did not ingest methamphetamine,” the complaint said.

Another victim said he learned about Buck when he was homeless and living in a park, and said he was nicknamed “Doctor Kevorkian”, a reference to the pathologist known for helping terminally ill patients die. This victim said it was part of Buck’s “role-playing and fantasy to inject people with methamphetamine” and that although the victim had never injected meth before, “Buck assured him that it would be fine”.

Buck allegedly ignored this victim’s agreement to only do a small dose and “emptied an entire syringe in him”. Another time Buck injected this person, he immediately lost consciousness and awoke to discover his anus bleeding and a third man filming him, the complaint said.

Another victim said Buck injected him with a tranquilizer, making him “unable to move”, adding that when Buck later wanted the victim to leave his home, Buck “became frustrated and obtained a power saw from a closet, turned it on, and approached [the] Victim with it”. That victim eventually escaped.

In another case, Buck gave the victim what the victim thought was vodka, but he fell asleep after consuming it, the complaint said. This victim said he woke up to Buck injecting him with a syringe and panicked because he did not use meth, but could not move when he tried to get up. He also felt “excruciating pain” in his anus and when he tried to remove metal clips fastened to his nipples, Buck “laughed”.

This behavior continued after a second victim died in his home in January of 2019, authorities said. The most recent victim, who overdosed but survived, told authorities that Buck solicited him for sex and distributed meth to him “nearly every day during an approximately one-month period”.

The shocking details published in federal court filings did not come as a surprise to local activists, who said they had conducted their own investigation and interviews and connected the victims to the authorities since police were failing to take the threat Buck posed seriously.

“He has been allowed to do all of these things all of this time,” said Nana Gyamfi, a civil rights lawyer representing Moore’s family, adding that she wanted to see the Los Angeles county district attorney, Jackie Lacey, file murder charges.

“I knew that this day was going to come and we were going to get justice for my son,” Moore’s mother, LaTisha Nixon, said in a statement late Thursday night, adding that all she ever wanted was for the Lacey to “do her job”.

The family of Timothy Dean, the other man who died in Buck’s home, said in a statement Friday that local law enforcement “failed our brother and Gemmel Moore in every possible way”, adding: “The evidence was there long ago before now. Mr Buck was given special treatment because of his race and status and that is shameful.”

Gyamfi noted that the victims cited in Wednesday’s court filings were only the ones who were willing to come forward and talk to police, adding: “Gemmel was a victim, but so were scores of so many other black gay men.”

Jasmyne Cannick, a local activist who has led the charge to hold Buck accountable, told the Guardian on Friday that authorities finally arrested him because “they were pushed by a community of people who were tired of seeing their people dying”.

She added: “This was two years of the black LGBTQ community in Los Angeles and beyond not letting it go … It was about damn time.”