Homosexuals Are Using Coronavirus Pandemic to Get Yet More Funding

The completely selfish attitude of homosexuals is quite sickening. Whatever they do, they proclaim that they have no responsibility for the outcomes, and it’s always everybody else’s fault. 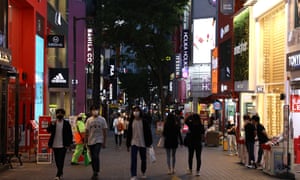 A man in South Korea spread Covid-19 by going to “gay” nightclubs and having fourteen  “contacts” in a short space of time. How does the gay-controlled media report it? With NO concern for the harm they are doing, no moral conscience, but only to stir up alarm about a possible “backlash”.

Homosexuals have no sense of responsibility for their own actions. They don’t care who else suffers, but just adopt adopt an arrogant attitude that others are always to blame. They constantly pose as victims in any situation. Then they use that fictitious victimhood to argue that they need subsidies from the tax-payer.

Their lavishly-funded lobby groups are doing nothing to encourage homosexuals to help others, but whinging that they may be at higher than average risk, which is of course another way to argue that they need more money. They want politicians and charities to reach for their cheque books, yet again.

And what reasons do they bring for predicting that Covid19  will kill more LGBT people than average? This article put out by the LGBT Foundation admits a lot of sad and ugly truths about homosexuals (whom they pompously call “LGBT communities”): that they are :

less likely than average to be physically active or to eat a healthy diet; of course this is just the opposite of the image they like to project

more likely to have “poor mental health and issues of substance abuse” ,

more likely to have HIV,

more likely to be “homeless or insecurely housed” – because they spend all their money on cigarettes, drugs or going to gay clubs, and anyway who wants to live with someone who is lazy, smokes, takes drugs and has poor mental health?

more likely to be socially isolated  – because of course they are lousy at having relationships. It’s all about cruising and promiscuity, then a lonely old age.

more likely to experience domestic abuse – which is another way of saying that they beat each other up. Research has exposed this and of course the LGBTs blame heterosexuals for that too.

We must NOT allow the LGBTs to use this pandemic to grab more tax dollars. They are already obscenely rich and raking in huge subsidies. That money is badly needed by the other 99% of the population, the people whose problems are NOT self-inflicted, who do have some sense of social responsibility and whose lives don’t just revolve around what they can get for themselves.